We’ll keep you informed of the current events and issues affecting our schools.

Please see our Transportation page for an update to bus #6 route/times for MTRS (Ashfield/Plainfield).

Please take a moment to read our September 10, 2021 MTRSD S'Update. Highlights include:

While September marked the official kick-off to the academic school year, it’s been two months since Buckland-Shelburne Elementary (BSE) School’s new vice principal, Joseph Moynihan and his trademark suspenders and smile, made their mark as the school's new vice principal.

Moynihan, of Westfield, began work at BSE on July 1 taking over the role of vice principal as Hayley Gilmore assumed her role as principal following the retirement of Joanne Giguere. Moynihan, a United States Navy veteran, joins the district with 22 years of teaching experience under his belt and a life-long commitment to education.

A graduate of the former Holyoke Catholic High School, University of Massachusetts Amherst, and American International College, Moynihan’s appreciation for education began at home. His father, a former director of personnel for a local college, drilled-home the importance of education with his children; something Moynihan says helped pave his career path.

Please take a moment to read our complete press release regarding the new vice principal at Buckland-Shelburne Elementary School.

Please take a moment to read our September 2021 MTRSD S'Update! Highlights include:

Enjoy a welcome back message from Superintendent Stanton.

After an incredibly busy week in preparing for school reopening, Superintendent Stanton wanted to send a few quick updates. Please take a moment to review the August 20, 2021, MTRSD S'Update. We appreciate you keeping yourself informed and up to date on our happenings!

Please take some time to review our Protect Young Eyes video. This is a webinar for parents/guardians to ensure safety across all screens. Don't miss this opportunity!

Looking for a school supply list, school announcements, or a classroom newsletter? Stop by your school news page. 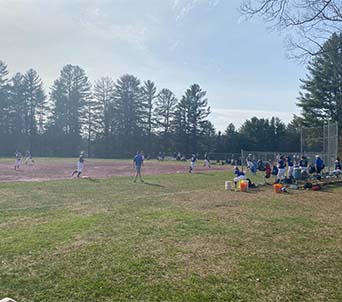